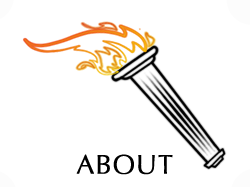 Where rewards for merit are greatest, there are found the best citizens. – Pericles of Athens

The Pericles Foundation is a new London-based think tank with a mission to make innovative scholarship accessible to a broad audience and to deepen its impact.

Open to all, we endeavour to bridge the academic and policy communities; and concurrently reach out to the general public. With an eye on the long view of the lessons of history and trends of the future, our focus is on leadership.

We study leadership and devote our mission to the education of leaders. We believe that passing on the legacy and experiences of past scholars and leaders is an important step in building bridges between generations.

By increasing the accessibility of innovative scholarship, we  nurture effective new leaders and scholars.

With a growing international network of researchers, authors, publishers and institutional partners, we are in a unique position to build bridges across generations, disciplines and continents.

Pericles of Athens was a statesman who led classical Athens into a golden age, strengthening the Athenian democracy, whilst cultivating the arts, philosophy and the sciences. From his life and career at the dawn of Western civilization, we can draw timeless lessons that deepen understanding of our time and our future.

Pericles reflects the core values of democracy, liberty, merit and the cultivation of higher learning. We too, seek to recapture the meaning of excellence across disciplines.

The Pericles Foundation has an Executive Board and a Board of Trustees. Our US affiliate has a separate Board of Directors. Both share a Board of Advisers.

► More about the Executives

► More about the Trustees

Adilia Caravaca – Lawyer, former President of the Women’s International League for Peace and Freedom, and Professor at the UN University for Peace in Costa Rica.

Martijn Dadema – Senior Diplomat and Mayor in the Netherlands.

Professor Brendan Simms – Professor in the History of International Relations at Cambridge University and President of the Project for Democratic Union.